Anyone interested in sashiko needs a copy of Susan Briscoe’s book, “The Ultimate Sashiko Sourcebook”.

In this reference book, Susan has combined a brief history with detailed How To directions; projects and designs – everything illustrated with wonderful photographs.

Susan lives in North Wales, Great Britain. When she travelled to Northern Japan in 1991, Susan worked as an English teacher in Yuza-machi, a small town in the Yamagata prefecture.  It was there that she became interestesd in country textiles and was introduced to the art of sashiko stitching. Since then Susan has returned to Japan many times to increase her knowledge of this traditional Japanese technique.

In 2003, Susan Briscoe was instrumental in bringing an exhibit of Japanese textiles to Great Britain.  Attendees at the Festival of Quilts were thrilled by what they saw and sashiko is now one of the most popular needlework techniques in Great Britain, Australia and Canada.  Interest is growing in the US, with several classes being offered each year at Houston’s Quilt Festival.

The subjects of Susan Briscoe’s books include sashiko, quilting and patchwork. 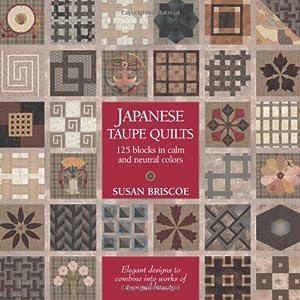 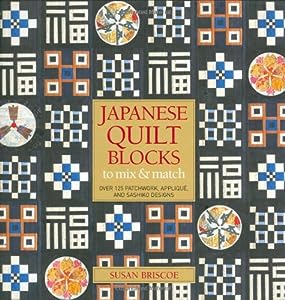 My hand-stitching passion is sashiko. I design sashiko blocks inspired by the American Southwest and sell them wholesale to fabric shops and retail on my website: https://www.sashikosouthwest.com. I continue to learn about hand-stitching and this blog is a way to share with others in the community. View All Posts